Good times by the sea is a bit of an understatement as Sunday 21 July 2019 was an absolutely amazing time by the sea.

Music First Events put themselves on the map last year with their superb 2 day festival at the Oval in Hastings featuring amongst others the Sugar Hill Gang, Big Daddy Kane, The Brand New Heavies and more.

They have now cemented their reputation for quality events with a stunning summer show at the iconic De La Warr pavilion in Bexhill-on-Sea.

First up was Norman Jay MBE who brought his good times double decker bus out of retirement for the first time in 6 years to park up on the De La Warr’s outdoor terrace. Repleat with his crystal clear bass heavy original sound system he steadily drew the crowd in with a fine selection of summery soul, hip hop, funk and dance warming them up nicely through till 7pm.

Sir David Rodigan then boarded the bus and gave the crowd a history lesson of reggae and dancehall accompanied by amazing snippets of his life as a DJ and broadcaster. The banter was hilarious with him quipping that “people say you can’t dance to reggae” before dropping General Levy’s ‘Incredible’ and a slew of other classic jungle tracks. He then told us that a DJ has a responsibility to play new music before dropping ‘Program’ by Chase and Status complete with 2 pull ups followed by “Toast” by Koffee. He finished the set off with more classics.

Matt Feast then closed out the terrace section of the event with a choice selection of original vinyl 45s.

The party then moved inside the auditorium which had more Good Times decor and another heavy sound system. The crowd then got to witness the legendary Cuban Brothers. Rodigan described them lovingly as “those lunatics from Glasgow” and he wasn’t wrong. They wowed the crowd with their funked up party hits, out of this world dancing skills and comedy gold banter. There was a reason this section of the event was for over 18s as the crew gradually disrobed until Miguel Mantovani was left gyrating through the crowd wearing just a swan posing pouch.

Norman Jay then returned to the stage with a drum and bass, funk and party anthems set to round the evening off leaving everyone with a huge grin on their faces having had an amazing time.

Music First are back at the De La Warr on Sunday 25th August 2019 with Roni Size, The Scratch Perverts and Dat Brass. There are only a few tickets left available directly from the venue for what is also going to be another top event. Like their page for details of future events. https://m.facebook.com/MusicFirstEvents/ 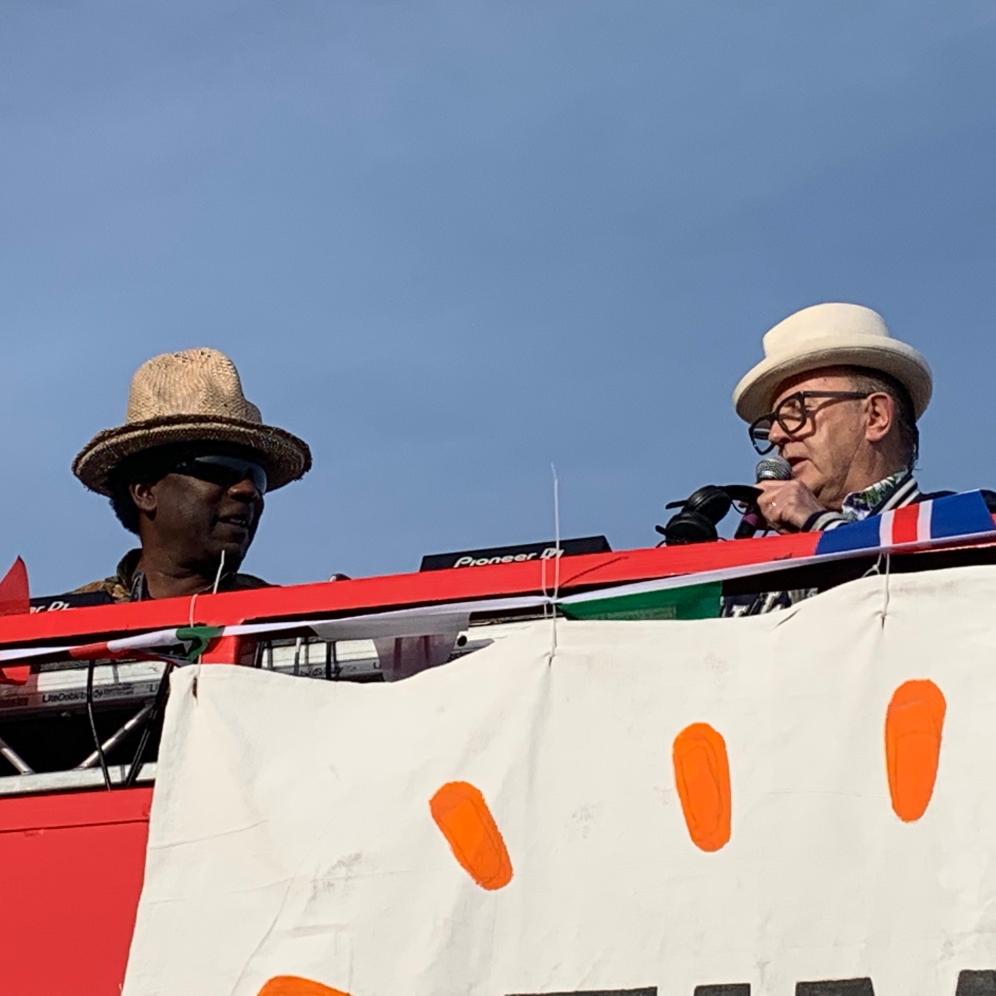 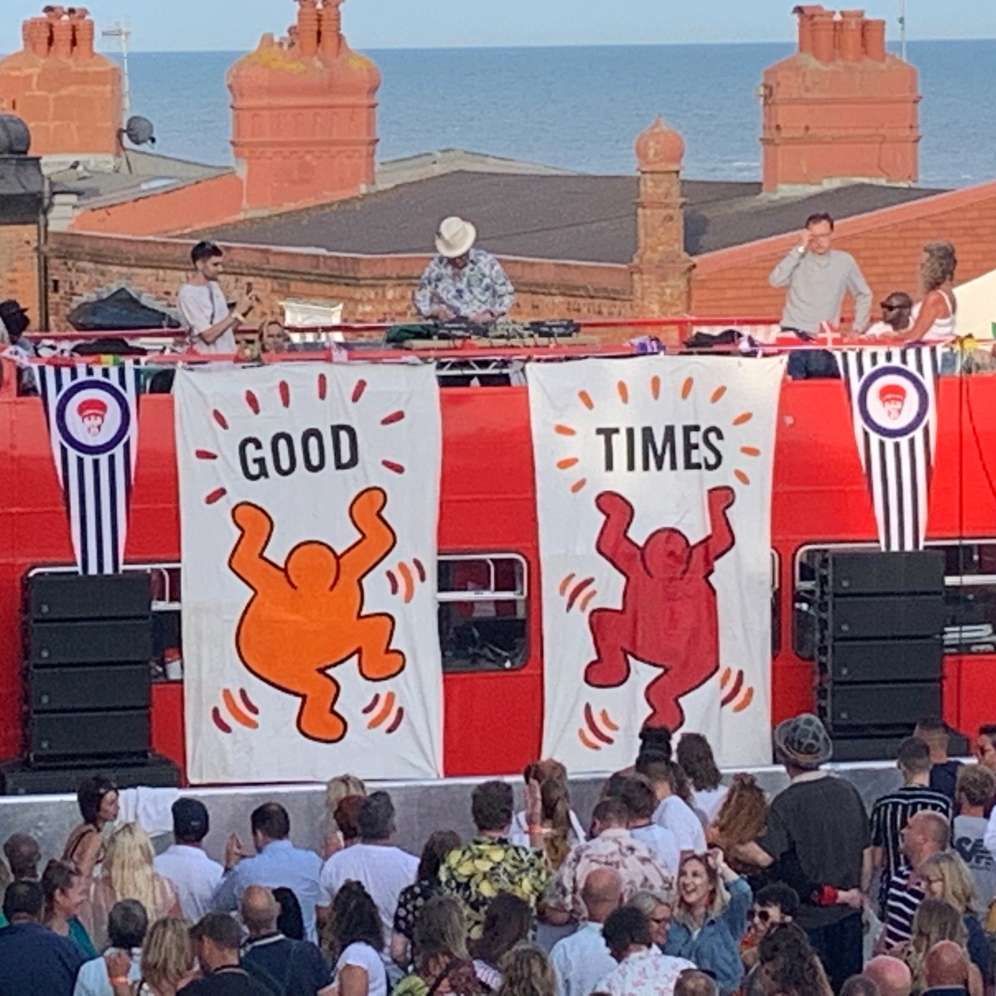 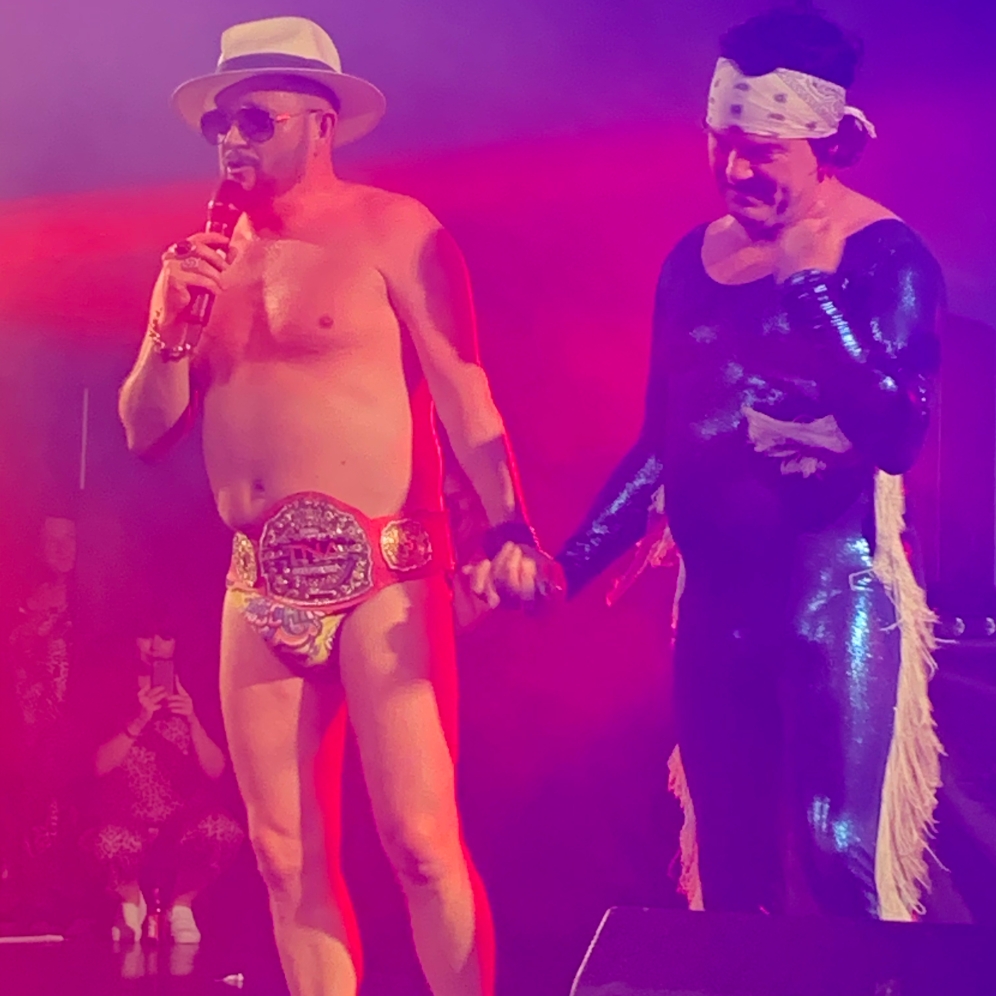 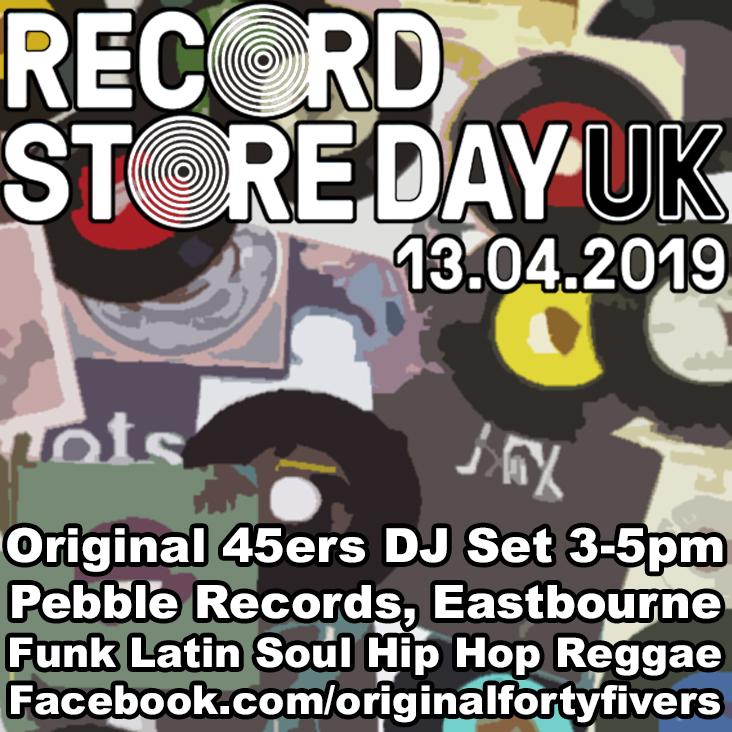 Record Store Day is almost upon us and there is quite a few tasty 7″ records that we are hoping to pick up on the day. We will be back at Pebble Records for our traditional mid afternoon DJ set from 3-5pm. Pop down and listen to our selection of funk, latin, soul, hip hop, reggae and more whilst you browse the racks.

The summer months saw us play at The Printworks in Hastings, The Towner Art Gallery, Dew Drop Inn, Soup ‘n’ Tap and Cafe Belge in Eastbourne, Beachdreams festival and Chilled in a Field Festival.

We are very pleased to announce that we will be DJ’ing at TotRockinBeats first ever event in Eastbourne at The Towner Art Gallery on Sunday 09 December 2018 2-5pm. Make sure you get your ticket now as there events always sell out!

We Could Be Heroes, Just For One Day.

Imagine The Type Of Old-School, New York Block Party That Gave Birth To the Hip-Hop Culture In The 70’s.

Then Mix In A Wealth Of Kids Entertainment & Craft – Live Visuals – A Licenced Bar And Set It In A Beautiful, Contemporary Art Gallery In Eastbourne On A Sunday Afternoon. 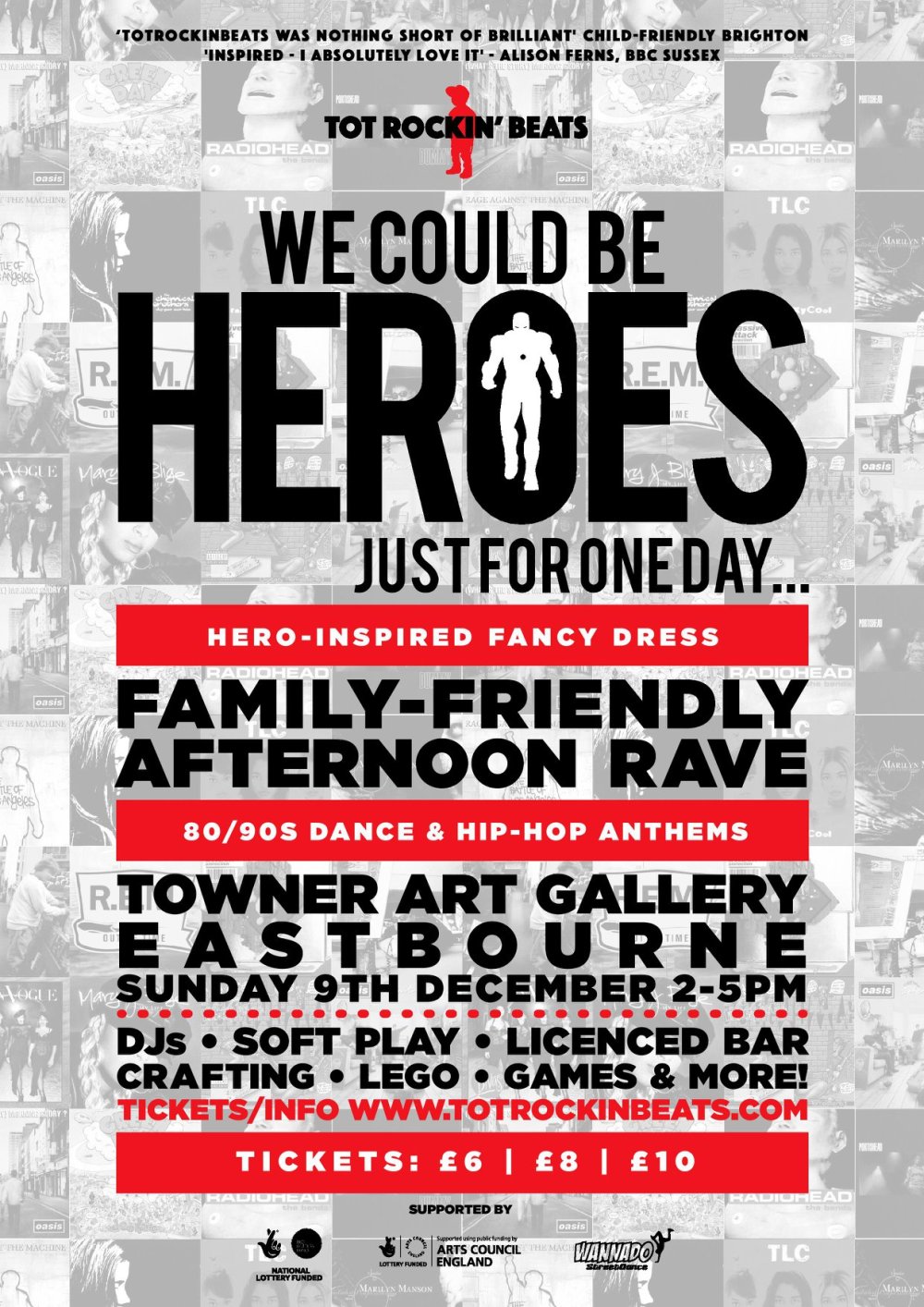 We are fortunate enough to be going along to this years DMC World championships in London on 07 October. In advance of the event 25ThC spoke with Mr Switch about his routines, the new Rane Twelve and portabilism.

OG45ers 2018 Review Part 1. January to April saw us play along the South Coast at the Printworks in Hastings, the Dew Drop Inn Eastbourne, Cafe Plenty in Brighton and Bar Next Door in Worthing. We were joined at some of our gigs with the Get It Together DJs TMB and DJ Trick from Worthing. 25ThC also did a live set on Hailsham FM and at Pebble Records in Eastbourne for Record Store Day.

We are big big fans of Havana meets Kingston and normally play at least one of their tracks during our DJ sets. Last week 25ThC had the privilege of seeing them live at the amazing Albert Hall in London. It was atmospheric, unique and totally spellbinding to watch these super talented musicians perform live. Better yet you can now relive the gig on the BBC iPlayer. Don’t snooze as this won’t be available for long.